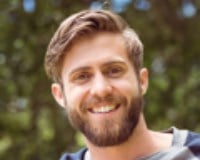 Full Bio
Learn about our editorial policies
03 Sep 2021
Share
Victoria Azarenka (Kena Betancur / AFP) (Photo by KENA BETANCUR/AFP via Getty Images)
Share this article
Victoria Azarenka takes on Garbine Muguruza in one of the games of the US Open third round.
No. 18 Azarenka might be the lower-seeded player, but her good form makes her the slight favourite and she is tipped to win in three sets.
The pair have met four times, with two wins each. Two of those matches were walkovers, one for each player.
Azarenka has six wins already in the North American hard court season, losing only to Ash Barty and Aryna Sabalenka – the world number one and number two respectively.
Azarenka dispatched Tereza Martincova 6-4 6-0 in the first round before coming through a tricky test against Italian Jasmine Paolini 6-4 7-6 (1). The Belarusian has reached the final of the US Open thrice but never won a title.
Muguruza’s record at the US Open is a strange anomaly in her career. Having won or got to the final of all the other three Grand Slams, she has never made it past the fourth round in New York.
Though she had disappointing results in Cincinnati and Montreal, she began her hard court season with some strong performances at the Tokyo Olympics and has reached the third round in New York without dropping a set.
The ninth-ranked Spaniard struggled past Donna Vekic 7-6 (4) 7-6 (5) in her opening match at Flushing Meadows before beating Andrea Petkovic 6-4 6-2 in the second round.
GB

In this Story Stream